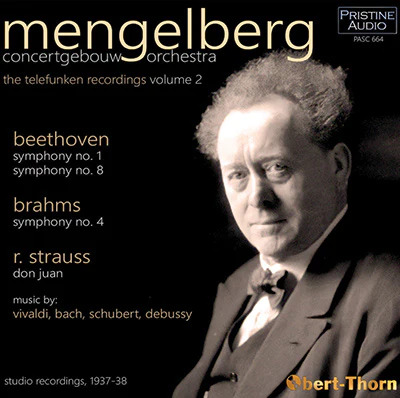 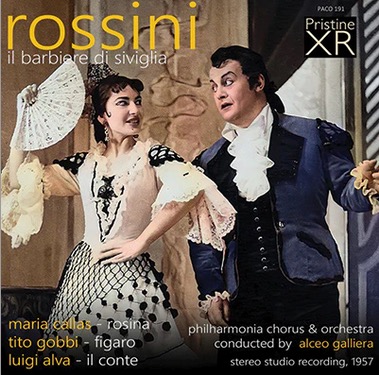 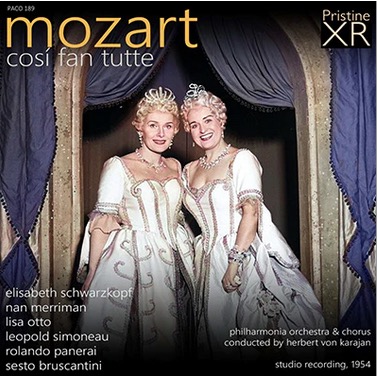 Pristine continues their admirable Mengelberg series with this fine important set, the second in their series of the conductor's recordings for Telefunken. The first set containing music of Beethoven, Berlioz, Franck and Tchaikovsky (PASC 624) was praised last year (REVIEW). It opens with Vivaldi's Concerto Op. 3 No. 8 is arranged by American violinist and conductor Sam Franko. For some reason, this music was recorded twice ( 1937 - 1938) and for both the 4th 78rpm disk side was used for the Bach Air for the G string. We also have Beethoven's Symphony No.1 recorded Nov. 8, 1938, and Symphony No. 8 recorded Nov. 29-30, 1938. Strauss's Don Juan was recorded Nov. 8, 1938. Debussy is a composer usually not associated with Mengelberg although there exists a live performance of the Fantasy for piano and orchestra with Walter Gieseking. Mengelberg's Fawn seems rather rushed. Throughout all of these performances Mengelberg's use of portamento is obvious. Mark Obert-Thorn's transfers are superb, and his informative program notes are an added plus. We look forward to future releases in this series.

Here are two more historic opera recordings. The Barber of Seville was recorded February 7 - 14, 1957 in London's Kingsway Hall. The entire cast is first-rate and Callas at the time had a totally controlled voice. This was the first stereo recording made by the famous soprano, and it sounds better than ever in this superb remastering by Andrew Rose. The Mozart was recorded in 1954 also in Kingsway Hall, and is as perfect a performance of Cosi fan tutte as you will ever hear. The well-balanced mono sound is excellent Two major additions to the opera catalog!