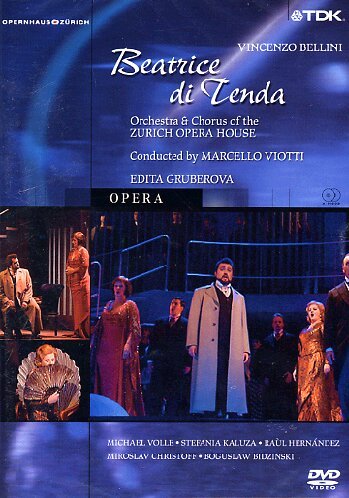 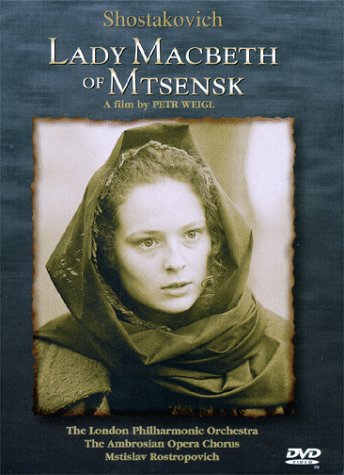 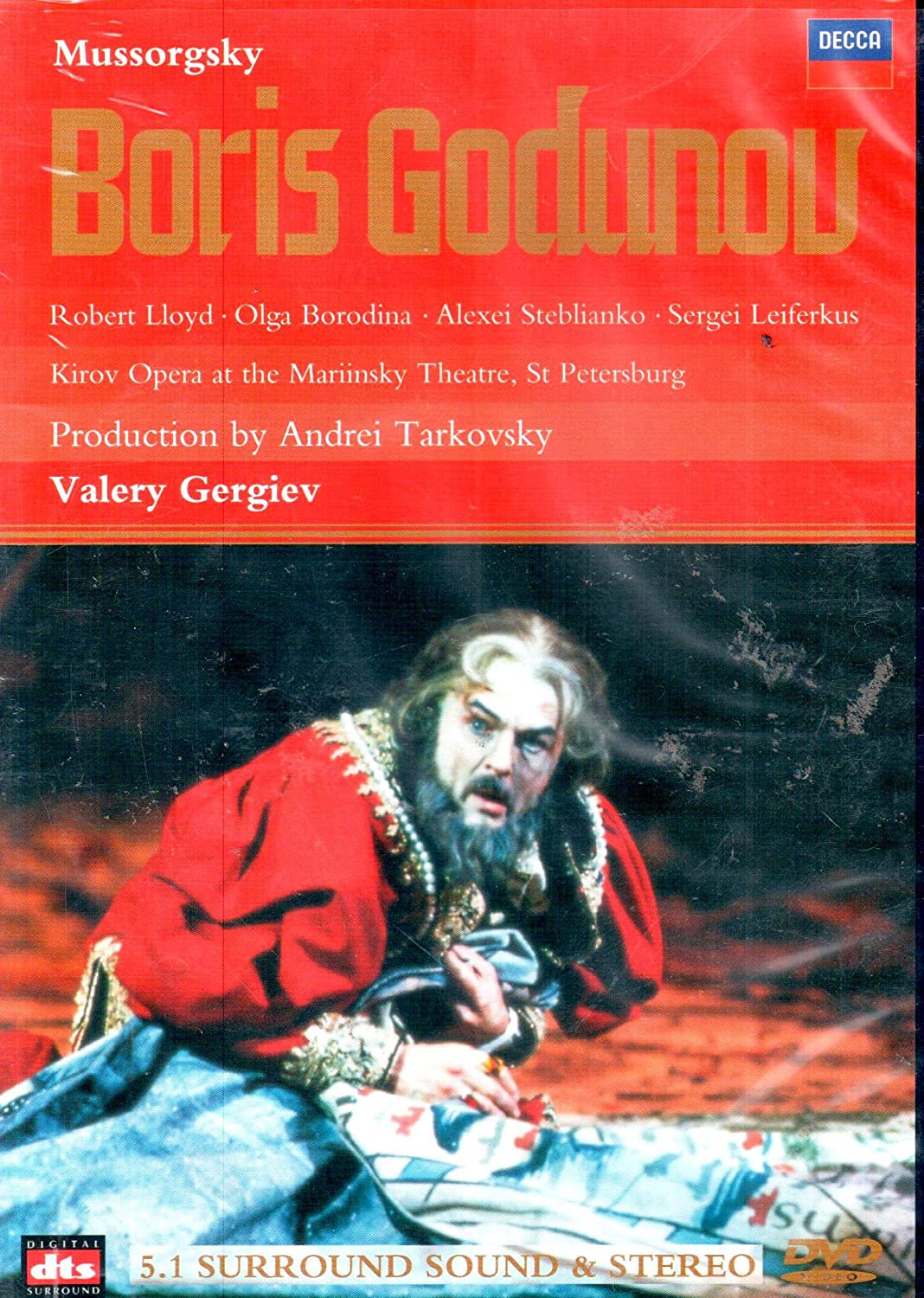 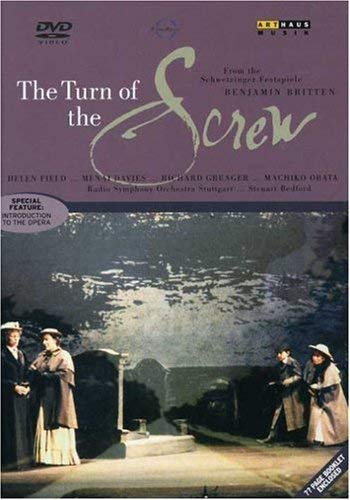 Beatrice di Tenda, premiered in Venice in 1873, is another of those superb Bellini operas that is a showcase for two sopranos. Surprisingly, the premiere was a total failure with the audience shouting "Norma! Norma!" apparently overlooking that there are many similarities between the two operas—big arias for each leading diva, and a number of effective duets. The plot, even by opera standards, is weak. There are misguided and misunderstood love triangles between the Duke of Milan, his wife Beatrice di Tenda, Agnese del Maino, and Orombelo. Both soprans have many opportunities for vocal display, admirably met by soprano Edita Gruberova and mezzo-soprano Stefania Kaluza. The former, who rather resembles Angela Langsbury in Murder, She Wrote, hits most of the millions of notes in her music accurately although there is a definite hardening of tone in loud, high passages. Kaluza has no problems whatever with her demanding role as the "other woman." Raul Hernandez is a wooden Orombelo, Michael Volle a strong Flippo. This performance, directed by Alexander Pereira, was recorded in the Zurich Opera House in December 2001.It's an attractive presentation, rather limited in movement, well photographed, beautifully recorded. Viotti, who has worked with José Carreras, Roberto Alagna and Ramón Vargas, mentions he and Gruberova have collaborated for a decade on various projects, which explains his sensitive accompaniments for her. Subtitles are provided in four languages.

‍Lady Macbeth of Mtsensk was a great hit at its premiere in Leningrad in January 1934, but when Stalin saw it in a production two years later he said Shostakovich was "a enemy of the people" to write such a work. Critics jumped on Stalin's bandwagon with negative comments: "from the first minute, the listener is shocked by...a confused stream of sounds...the music quacks, grunts, pants and gasps in order to express the love scenes....to follow this 'music' is difficult; to remember it, impossible..." As a result, Lady Macbeth was banned from the stage until 1962. The opera is based on a story by Nikolai Leskov about Katerina Ismailova, bored with her life and her husband, who takes a lover (Sergei) who helps her kill her husband. Both Katerina and Sergei are convicted of the crime, Sergei seduces another prisoner who is killed by Katerina before she kills herself. Not a very pretty story (but appropriate for an opera), and for it Shostakovich has written some of his most descriptive music. This DVD video is a film by Petr Weigl, far more successful than his film of Eugene Onegin (see REVIEW). EMI's 1978 recording is used for the soundtrack. The performance could not be bettered, with Galina Vishkevskaya in the title role, Nicolai Gedda as Sergei, Robert Tear as Katerina's husband, Zinovly Borisovich Ismailov, and Dimiter Petkov as Katerina's father-in-law, Boris Timofeyevich Ismailov, with the Ambrosian Opera Chorus and the London Philharmonic Orchestra conducted by Mstislav Rostropovich. Actors chosen by Weigl are perfect for their roles: Markéta Hrubeyová as Katerina, Michal Dlouhy as Sergei, Petr Hanicinec as Boris and Vaclav Necká as Zinovy. Lip-sync is almost perfect. The film gives us an opportunity to see the bleak Russian countryside, all beautifully photographed. Interesting that the back of the DVD box says the program is "Not Rated." Had it been, the graphic seduction/rape scene in Act I would demand an X rating. The DVD offers only Dolby digital stereo, and subtitles are available only in English.

The Philips issue of Mussorgsky's Boris Godunov is a magnificent achievement. It offers the complete 1872 version of the opera filmed at a performance at the Mariinsky Theatre in 1990 in a production by Andrei Tarkovsky with a uniformly strong cast and the Kirov Opera directed by Valery Gergiev. Robert Lloyd is an eloquent Tsar, Alexander Steblianko superb as Dimitri, with Olga Borodina a sensuous Marina. It's a beautiful, big production directed for television by Humphrey Burton. In this version, the opera ends with the Simpleton bewailing the troubled times ahead for Russia. I'm not a purist; I prefer the Rimsky-Korakov version with its richer orchestration and ending with the death of Boris. There are many recordings of the RK, the finest of which are the 1951 recording conducted by Issay Dobrowen with Boris Christoff as the Tzar, and the 1962 recording conducted by André Cluytens also with Boris Christoff, considered to be the leading interpreter of the role during this era. Valery Gergiev, looking much younger than he appears today, conducts masterfully. Almost a decade later he would make two complete audio recordings of Boris, both the 1869 and 1872 versions, each with a different Boris: Nikolai Putilin and Vladimir Vaneev. The front of the DVD video box proclaims "5.1 surround sound & stereo," but the recording wasn't originally made multi-channel. However, it has been "digitally reprocessed for surround sound" very effectively, with ambience that benefits the big choral scenes. Subtitles are provided in six languages.

Benjamin Britten's The Turn of the Screw is a relatively short opera with a brief prologue and two acts based on American author Henry James' short story about a governess newly employed at an English estate towards the end of the 19th century to take care of a young boy and girl. The previous governess and butler have died under mysterious circumstances; the children's only relative, a wealthy uncle, does not wish to be bothered with them. The housekeeper seems rather unaware of what has gone on in the past. The governess sees ghosts of the former butler, Peter Quint, and the former governess, Miss Jessel. In the final scene, there is a struggle for the boy's soul, won by the devil, personified by Quint. The opera, premiered in Venice in 1954, is considered to be one of the most significant operas written since the war. It is seen here in a production of the Royal Opera House Covent Garden and Cologne Opera recorded in 1990 at the Schwetzingen Festival. The cast is extraordinary. All of this music is extremely demanding for the singers. Helen Field, in particular, has a brilliant, secure voice easily able to cope with Britten's difficult writing. The "ghostly" effects are reasonably well managed, the stereo sound is good. Turn of the Screw is very far down on my list of preferred operas, but if you're interested in this opera you'll probably never find it better presented. It's fascinating to me that the English subtitles don't always match exactly what is sung.
‍
R.E.B. (January, 2004)