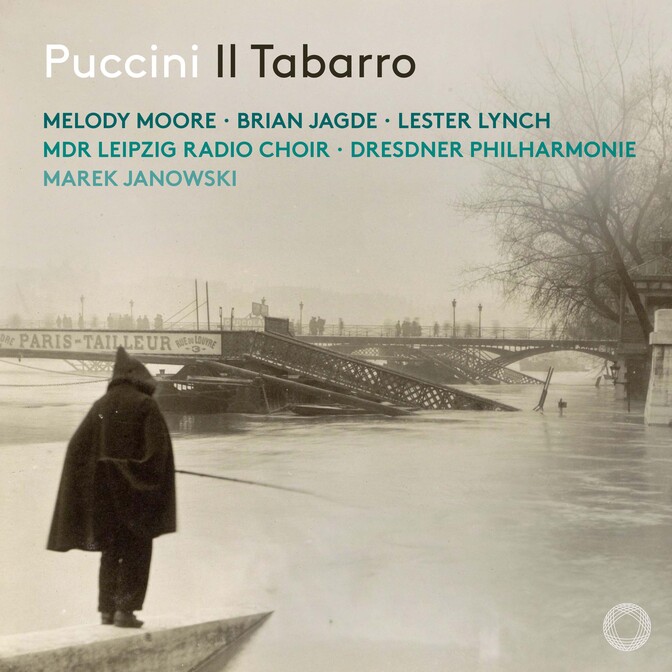 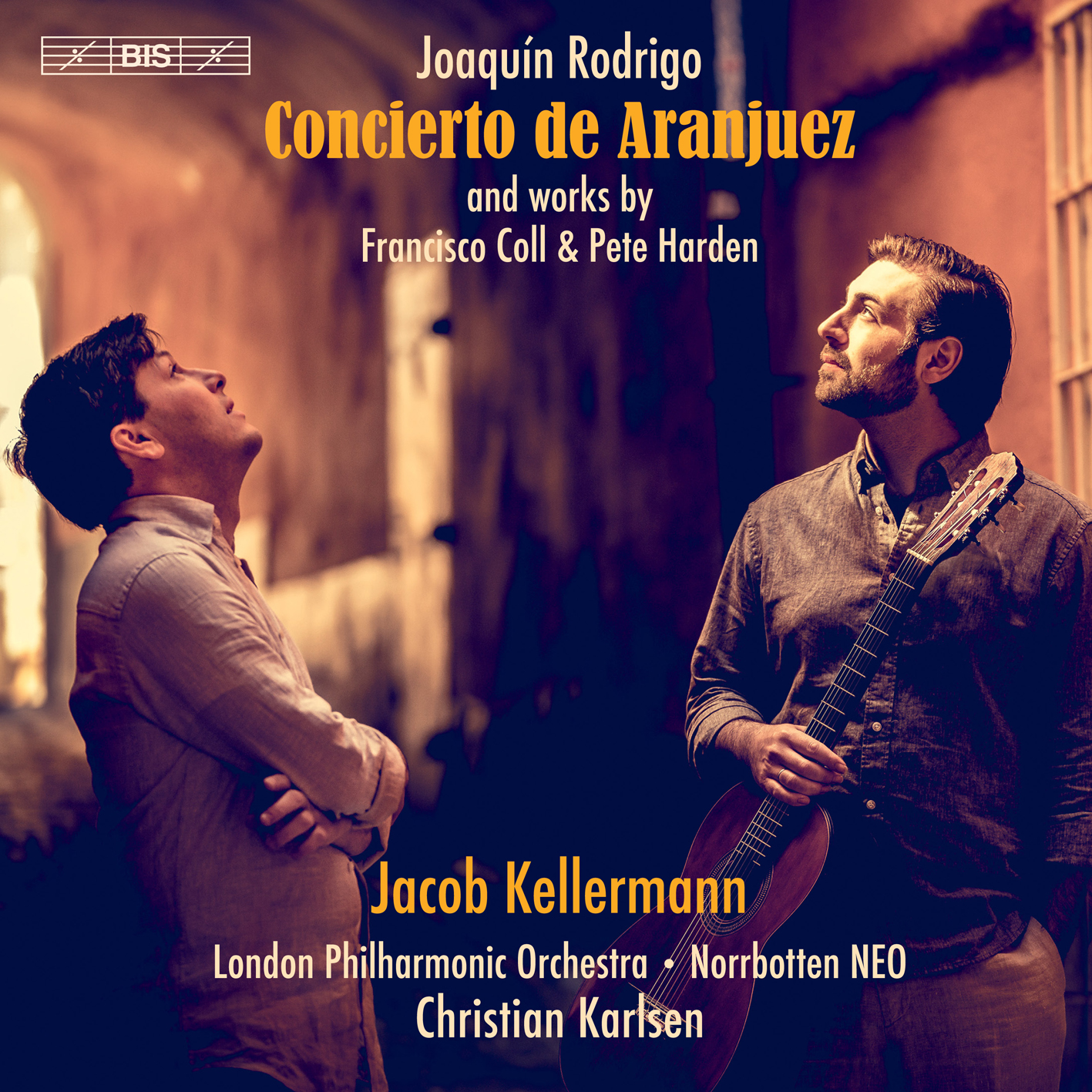 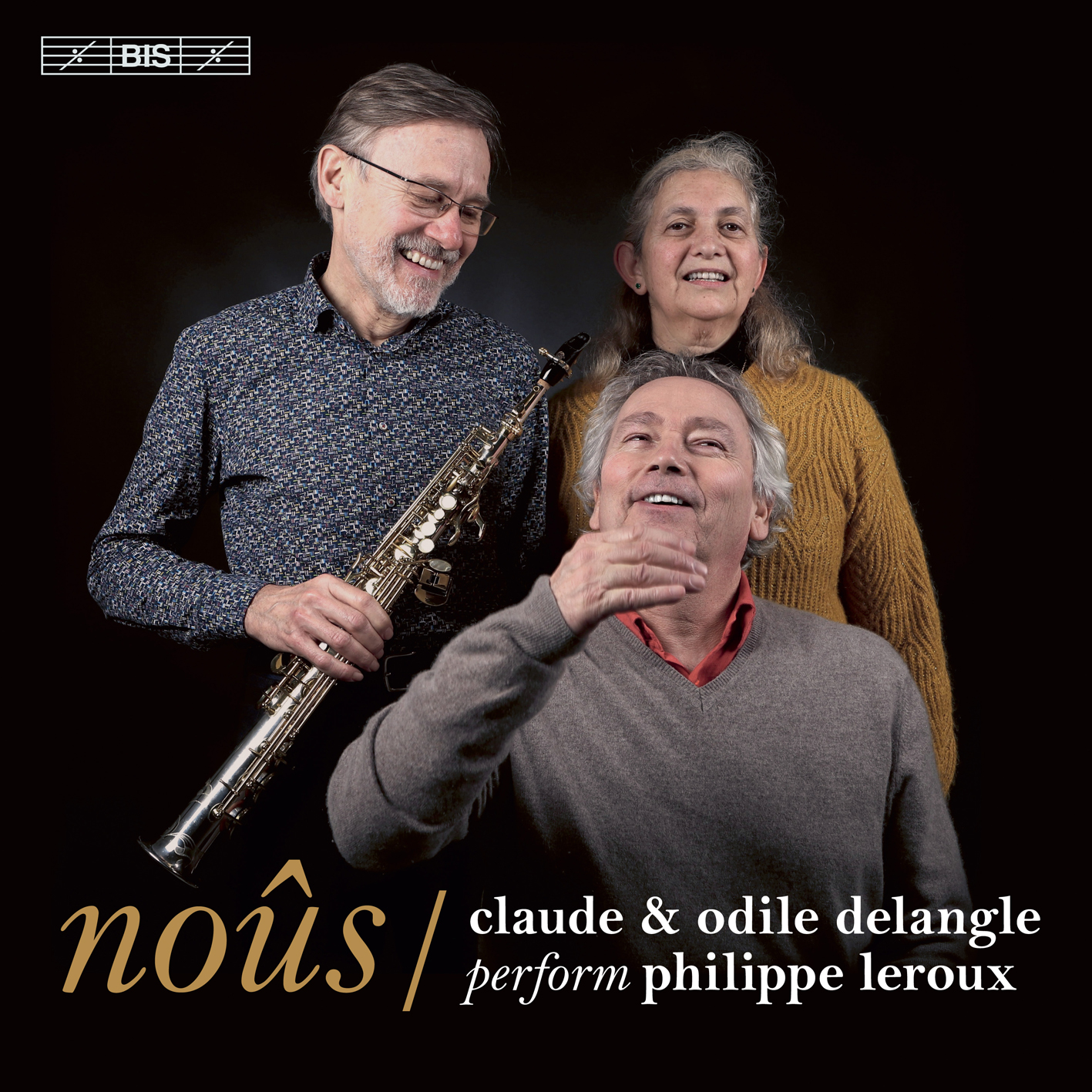 Puccini's Il tabarro is the first of the trio of one-act operas known as Il trittico (the others are Suor Angelica and Gianni Schicchi); the first performance was given at the Met December 14, 1918. Il tabarro is one of Puccini's darkest operas, far removed fro the serenity of Suor Angelica and the comic events of Gianni Schicchi. The opera takes place on a barge owned by Michele whose much younger wife, Giorgetta, is having an affair with the young stevedore Luigi, who works on the barge. Michele suspects this, fights Luigi and kills him, hiding the body under a cloak on the barge. In the dramatic finale Michele shows Giorgetta her lover's dead body. This new recording has a perfect cast with Lester Lynch an appropriately menacing Michele, Melody Moore and Brian Jagde outstanding as the doomed lovers. Marek Janowski leads the fine chorus and orchestra; this is another major addition to his discography. This is a deluxe presentation with a 80-page booklet with photos and the complete libretto. An outstanding release!
.
Several years ago this site praised a Pentatone reissue of music of Rodrigo ( Concierto de Aranjuez. Fantasy for a Gentleman. Concerto Madrigal) featuring Narciso Yepes recorded in 1977 and now heard in four-track audio (REVIEW). There is another historic multi-channel recording made in 1974 featuring Julian Bream (REVIEW). Now we have another muti-channel issue of the famed Concierto de Aranguez. It is a collaboration between guitarist Jacob Kellermann and conductor Christian Karlsen. According to CD program notes, this issue "conjures up Spain as if through a prism - as a concept rather than a place." In addition to the Rodrigo we have two works for guitar and small orchestra by composers who doubtless will be new to most listeners. We have a five-movement concerto by Valencia-born Francisco Coll (b. 1985) who studied with Thomas Adés. This is called Turia, commissioned by Kellermann and Karlsen. The title Turia refers to a river that once flowed through Valencia. It supposedly evokes the light and respective shadows of his country with occasional touches of Coll's version of flamenco. The other concerted work is by British composer Pete Harden who describes ii as, "an impressionist ode to dry. southern European heat." Program notes give the composers' intent in both works, but I found little of lasting interest here. The disk also includes standard guitar favorites by de Falla and Albéniz. Surely this recording of the Rodrigo cannot challenge the earlier recordings by Yepes and Bream. The guitar world could use new music to display the beauty and heritage of this instrument, but you won't find it here. Excellent audio as usual from BIS, but approach with caution and don't expect too much.

BIS continues their exploration of the lesser-known musical world with works of French composer Philippe Leroux (b. 1959). He has won a number of prizes, and has composed profusely. On You Tube you can experience many of his works. On this disk we have music mostly written for his friends, the husband and wife team of soprano saxophonist Claude Delangle and pianist Odile. These fine performers alredy have made more than a dozen disks for BIS, and this one broadens heir repertory considerably. The cover photo shows the three of them in a jolly mood. There are seven pieces, three for solo piano: AMA, Répéter, and Dense...Englouti. No doubt the performers are masters of their instruments, but there is nothing on this recording that I wish to experience again. Most of it is cacophonous with the saxophone producing many ugly sounds. Program notes say the recording was made October 2019, and the BIS engineers have faithfully captured all of the challenging "music" with great fidelity. Skip this one.